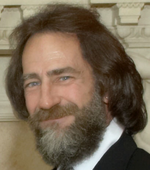 The son of the late Arthur Paul Johnston and Carolyn Ann (Woll) Johnston, John was born on August 21, 1957 in Seminole, FL. John was predeceased by his loving wife: Patricia A. Johnston in 2017.

A family statement reads: “J was a charismatic, energetic man who made friends wherever he went and did whatever he thought was right; he will be missed greatly by all who knew him.”

John is survived by his daughter: Nicole Lynn Johnston of Cornwall, NY; his step-son, Michael A. LoPresti, Jr. of Middletown, NY; his grandson: Finnegan LoPresti; his brothers: Dennis Johnston and Arthur P. Johnston, Jr.; his sisters: Barbara Johnston and Deborah DeFreese. In addition to his wife, John was predeceased by his brother: Thomas Johnston.

Arrangements are entrusted to Quigley-Sullivan Funeral Home, Inc.; to send condolences or to get directions to the funeral home, please go to www.Quigleybros.com

All rights reserved. This obituary is also archived at obittree.com