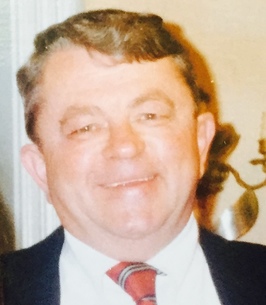 Share this tribute
Memorial Candles Lit for Thomas | SEE ALL
Light a Candle
"We are honored to provide this Book of Memories to the family."
— Quigley-Sullivan Funeral Home, Inc.
"We are so sorry for your loss. Our thoughts are with you and your family at this time of sorrow."
— Soo & Patrick
Funeral Details Memory Wall Photos & Videos Send Flowers

Thomas “Tom” Gamble, most recently of the NYS Veterans Home at Montrose, passed away on September 21, 2018. He was 78 years old.

The son of Betty and Gordon Gamble, Tom Gamble was born in Buffalo, NY. Tom was the oldest of three boys and lived much of his life on Buffalo’s West Side. His family spent many summers in Grimsby Beach, Ontario, which he always remembered fondly. Tom also lived in the Hudson Valley for nearly 20 years and was particularly fond of its fall foliage.

Tom earned his B.S. in History from Cornell University, where he played hockey and was a member of the Sigma Phi fraternity. He also earned an M.B.A. from The Wharton School of the University of Pennsylvania. Tom honorably and proudly served his country as a member of the U.S. Army where he was stationed in Korea, Fort Hamilton, and Fort Bragg.

Family was the centerpiece of Tom’s life. He was a devoted and proud husband, father, “Lolo,” brother, and uncle. He was known for his mischievous grin, warm hugs, sharp wit, contagious laughter, cheeky sense of humor, knack for conversation, and love of reading, debate, cars, the Buffalo Bills and the NY Yankees. There will be no replacement for this “tough little guy.”

Tom is survived by his wife of 41 years, Norma; his four children: Chrissy and her husband Pete Casciato, Tracey and her husband Jason Dubeshter, Mark Stingle and his wife Tina, and Carl Ray Stingle and his wife Nanci; seven grandchildren: Jessica, David, and Samantha Stingle, Catherine and Juliana Stingle, and Max and Lucy Dubeshter; his dear brother: Robert Gamble; and, many beloved in-laws, nieces and nephews.

Arrangements are entrusted to Quigley-Sullivan Funeral Home, Inc.; to send condolences or to get directions to the funeral home, please go to www.Quigleybros.com

We encourage you to share any memorable photos or stories about Thomas. All tributes placed on and purchased through this memorial website will remain on in perpetuity for future generations.

With deepest condolences to the Gamble family on the passing of your charming and lovely father.
Jen Garstka and family - Tuesday September 25, 2018 via Donation
To: Cornell University
Share This:

Chrissy,
We are so sorry to hear about the loss of your wonderful Dad.
All our prayers and thoughts go to you and your family.
With lots of hugs and love...
The Operations & HR Four Seasons Teams
Four Seasons Hotels & Resorts - Monday September 24, 2018 via Donation
To: Cornell University
Share This:

Jonathan and Laura Melegos - Monday September 24, 2018 via Donation
To: Cornell University
Share This:

AG
I've known "Uncle Tom" since my birth more than half a century ago. I remember being impressed by his humungous bicep muscle, one of my earliest memories! He was always a bright, kind, joyful, loving uncle to me and my brother, Matt. His example taught me so much about what it means to be a father, and really, to be a good man. I will never forget him. I offer my deepest condolences, love, and prayers to Norma, Chrissy, Tracey, Ray, Mark, and their wonderful families, as well as to my dear "Uncle Bob".
Adam Gamble - Monday September 24, 2018 via Condolence Message
Share This:

Our deepest sympathies are with you all on the loss of a truly unique and wonderful Father, Husband and Grandfather. May he Rest In Peace and be welcomed to eternal life with God.
The Melton’s and Kulach’s - Monday September 24, 2018 via Heartfelt Sympathies
Share This:

Deepest condolences to the Gamble family. I am so sorry for your loss.
Dan Kwon - Monday September 24, 2018 via Donation
To: Cornell University
Share This:

We are so sorry for your loss. Our thoughts and prayers are with you and your family in this time of sorrow.
Soo Kim & Patrick Kehoe - Monday September 24, 2018 via Heartfelt Sympathies
Share This:
1 2 next page >>
Page 1 of 2
Share
×