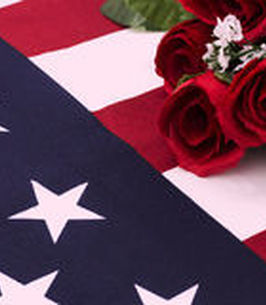 The son of the late Dominick Piccininni and Antoinette (DeVito) Piccininni, Charles was born on October 8, 1925 in Manhattan, NY.

Charles was a retired Meat Department Associate for Grand Union and various other supermarkets. He was also retired from Kraft Foods. He so enjoyed his retirement working for the Hudson Valley Renegades Baseball team as a greeter and also as an attendant at many sporting events at West Point. He thoroughly enjoyed interacting with, welcoming and assisting people in both these “post retirement” jobs.

Charles honorably and proudly served his country as a member of the U.S. Army Air Corps during WWII.

A family statement reads:” He was kind, generous and loving. He will be missed greatly’.

Visitation will be held from 4 p.m. to 8 p.m. on Monday, September 17th at Quigley Bros. Funeral Home, 337 Hudson St. Cornwall-On-Hudson NY. A Mass of Christian Burial will be held at 10 a.m. on Tuesday, September 18th at St. Thomas of Canterbury Church, 340 Hudson Street, Cornwall-On-Hudson, NY. Interment with Military Honors will follow the Mass at St. John’s Cemetery, Goshen, NY.

Memorial Contributions in Charles’ name may be made to the Alzheimer’s Association, 2 Jefferson Plaza, Suite 203, Poughkeepsie, NY 12601 or The Newburgh Ministry, 9 Johnston Street, Newburgh, NY 12550.

We encourage you to share any memorable photos or stories about Charles. All tributes placed on and purchased through this memorial website will remain on in perpetuity for future generations.

So sorry for your loss; our thoughts are with you at this sad time.
Peter and Lorraine Lucido - Saturday September 29, 2018 via Donation
To: Alzheimer's Association
Share This:

Sorry for your loss our prayers are with you all

Gertrude and Jim Donnelly - Tuesday September 18, 2018 via Donation
To: Alzheimer's Association
Share This:

RP
Uncle Charlie was a great person. He always cared for other people and was genuinely interested in helping others. He lived a good and long life.

JP
We were good buddies, the two of us. Love, your brother Jack.
Jack Piccininni - Sunday September 16, 2018 via Condolence Message
Share This:

With deepest sympathy for your loss.
Deborah Watson - Saturday September 15, 2018 via Donation
To: Alzheimer's Association
Share This: 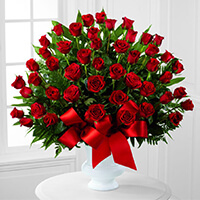 With fond memories for a special Uncle. With love and condolences to the Piccininni family, Love, Jack and Connie
Jack and Connie Abramo - Saturday September 15, 2018 via Heartfelt Sympathies | Order flowers in memory of Charles
Share This: 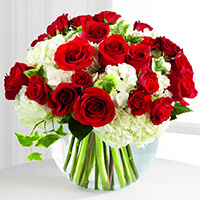 FT
Dear Uncle Charlie:
I am very grateful to have had you as my uncle. Your wisdom, guidance, kindness and integrity has helped me throughout my life and will stay with me forever.
All my love,
Your nephew Frank Tarulli

CR
I am so sorry for your loss. I will miss seeing Charles every week (and Bev). He really was a joy to be around. May the Lord Jesus give you all peace and comfort.