We're sorry but the candle you have selected is currenty in the process of being purchased or has just recently been purchased.

Please feel free to select another candle or check back in 15 minutes to see if the candle you have selected has been released for purchase.

We're sorry but there are no candles available for lighting.

You have already begun a candle purchase session. If you would like to continue with your current candle choice please click "Continue" otherwise please click "Select Another".

The lighting of a Memorial Candle not only provides a gesture of sympathy and support to the immediate family during their time of need but also provides the gift of extending the Book of Memories for future generations. 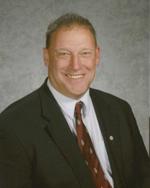 The son of the late Merrill McMillen and Kathleen (Robillard) McMillen, Les was born on July 7, 1953 in Newburgh, NY.

Les earned his B.S. from Western Connecticut State University in 1978 and his M.S. from the State University of New York at New Paltz in 1991. Les was the Athletic Director at the New York Military Academy in Cornwall-On-Hudson, NY as well as the Director of Transportation and Football, Basketball and Baseball Coach. He won over 400 basketball games. NYMA has been to the New England Tournament 13 times and won the Hudson Valley Championship seven times under the leadership of Les. A graduate of Trinity-Pawling School, Les was inducted into T-P’s Athletic Hall of Fame in 1998. In 2002 he was inducted into the Western Connecticut Athletic Hall of Fame where he played football, basketball and baseball. And in October 2013, Les was inducted into the New York Military Academy Hall of Fame. He is the recipient of seven sportsmanship awards from the New York Military Academy. With his basketball and baseball teams, he has made 24 trips to the New England Championships. Additional highlights of his career include football championship, football sportsmanship awards, soccer championships, numerous basketball championships, and two baseball championships.

Through Les’ affiliations and his coaching, he touched and inspired countless lives. He will be greatly missed

Les will continue to be in our hearts as a loving husband, father, pop pop, great pop pop, brother, uncle, cousin and coach; as well as a loving friend to all.

Les is survived by his loving wife Barbara, of 21 forever and ever years; his children: Craig McBath and his wife Melissa, Brock McBath, Chris McMillen, Jenny Turner and her husband Chris; his brother: Richard McMillen and his family, Linda Calvelli; his sister: Kathy Hubbard; his grandchildren: Jordan, Kayleigh, Jayden, Josiah, Claire, Gregory, Amanda, and Jennifer; his great granddaughter: Mia; as well as several nieces, nephews and cousins.

In lieu of flowers, the family is asking for contributions to go to the Multiple Myeloma Research Foundation (MMRF): donate.themmrf.org – in loving memory of Les McMillen.

This Book of Memories brings those affected by loss together by encouraging communication and self-expression. By giving friends and family a special place to tell their stories and express their feelings of loss, it helps them care for one another during a very difficult time. Click on any of the links to the right to access features or information within this memorial website.