Memorial Candle Tribute From
Quigley-Sullivan Funeral Home, Inc.
"We are honored to provide this Book of Memories to the family."
View full message >>>
In Memory of
J. Gerard
Quigley
1953 - 2017
Menu 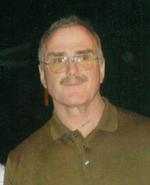 J. Gerard Quigley, of Rock Tavern, NY entered into eternal rest on November 10, 2017 at St. Luke’s Cornwall Hospital, Newburgh, NY with his loving family by his side. He was 64 years old.

The son of the late Hugh Quigley and Kathleen (McNamara) Quigley, Gerard was born on July 18, 1953in Beacon, NY.

Gerard attended SUNY Canton and earned an Associate’s Degree in Mortuary Science. Gerard was a founding partner with his brother Kevin of the Quigley Bros. Funeral Home in Cornwall-On-Hudson, NY. He was the Owner/President of Quigley Funeral & Cremation Services in Rock Tavern, NY.

Gerard was a devoted husband and a true family man who enjoyed spending time with his family and adored his nieces and nephews. Family gatherings will never be the same and Gerard will be missed beyond words. His compassion for people was portrayed through his work and the many families he served throughout his career.

Memorial Contributions in Gerard’s name may be made to The Lustgarten Foundation, 415 Crossways Park Drive, Suite D Woodbury, NY 11797