In Memory of
Patricia A.
Haley (Kisselburgh)
1964 - 2017
Click above to light a memorial candle.
Memorial Candle Tribute From
Quigley-Sullivan Funeral Home, Inc.
"We are honored to provide this Book of Memories to the family."
View full message >>>
Send Flowers
Menu

Obituary for Patricia A. Haley (Kisselburgh) 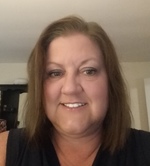 The daughter of the late William Kisselburgh and Sophie (Schwinghammer) Kisselburgh, Patti was born on January 6, 1964 in Albany, NY.

Patti earned an Associate’s Degree in nursing and was employed at Keller Army Community Hospital in West Point, NY.