Memorial Candle Tribute From
Quigley-Sullivan Funeral Home, Inc.
"We are honored to provide this Book of Memories to the family."
View full message >>>
In Memory of
Gerard F.
"Chick"
Jurgens
1930 - 2017
Menu
Plant a Tree In Memory of Your Loved One
Click Here 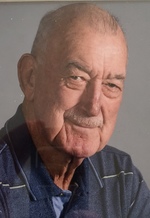 Gerard F. “Chick” Jurgens, 86, of Cornwall, NY passed away on April 16, 2017. The son of the late Peggy and Otto Jurgens, he spent his formative years in Rockaway Beach, Long Island. He loved the beach and was a lifeguard for several years. He attended Far Rockaway High School where he was an All-City basketball player.

He joined the United States Marine Corps during the Korean Conflict. While stationed in Washington, DC he met Sgt. Marine Betty White from Cornwall-on-Hudson and they married in 1953. Chick loved Cornwall and in the next several years Jeff, Peggy, Jim and John rounded out the family. He joined Storm King Fire Engine Company #2 and over the years served as Lieutenant, Captain, Asst. Chief, Chief and President. Sports were an intricate part of his life. Chick coached Little League for many years, and played every boy in every game before it was a mandatory rule. He, with five other men, founded the Cornwall Youth Football League. He was Treasurer of the Cornwall High School Booster Club and Scorekeeper for the Boys Basketball team for 24 years. His four children were involved in sports year round.

Later in life he was a member of the American Legion, The Cornwall Historical Society, The Cornwall Lions Club, The Elks Club and served as a financial volunteer at St. Thomas Church. He and Betty traveled the world with their friends Ann and Bill. Chick loved cruises, especially their trip up the Rhine River in Europe. He also made significant contributions towards fundraising efforts by making thousands of gift boxes from Christmas cards with all proceeds donated to St. Jude’s Children’s Hospital.

Most of all he was so proud of his family and loved the annual Family Reunions. As a youth coach he influenced the lives of countless young athletes. May he rest in peace.

Visitation will be held from 4 to 8 p.m. on Thursday, April 20th at Quigley Bros. Funeral Home, 337 Hudson St. Cornwall-On-Hudson NY. A Mass of Christian Burial will be held at 10 a.m. on Friday, April 21st at St. Thomas of Canterbury Church, 340 Hudson Street, Cornwall-On-Hudson, NY. Interment with Military Honors will follow the Mass at St. Thomas Cemetery, Cornwall, NY.

In lieu of flowers, memorial contributions may be made to stjude.org or woundedwarriorproject.org.
Arrangements are entrusted to Quigley Bros. Funeral Home; to send condolences or to get directions to the funeral home, please go to www.Quigleybros.com